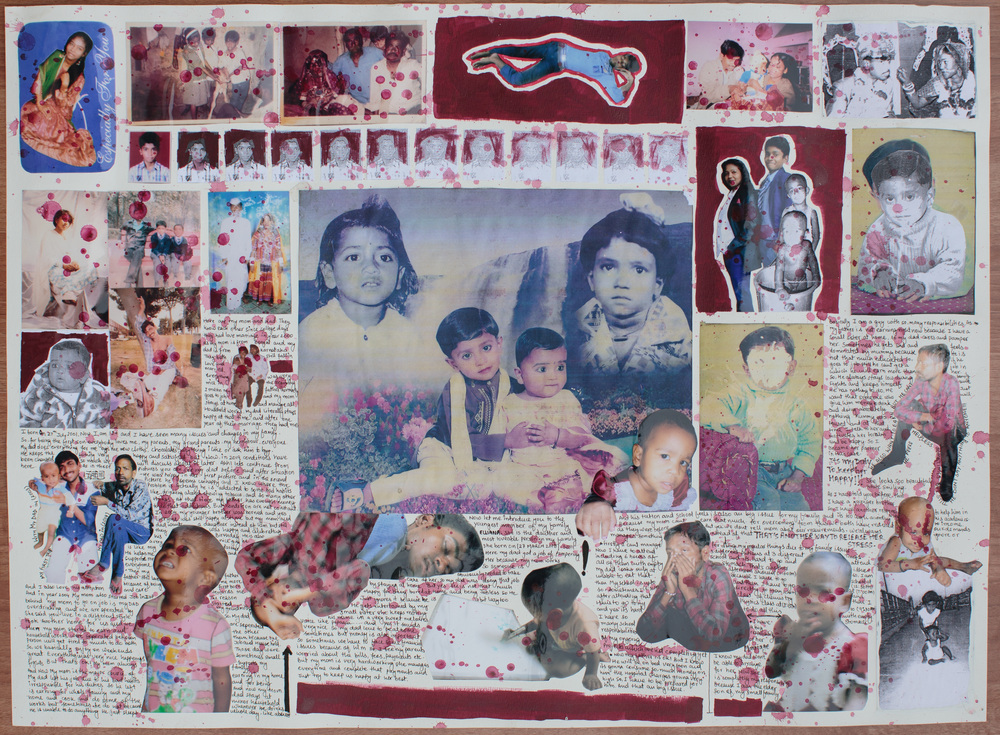 By Rishi, and Tom Bradley.

Rishi speaks excellent English and for half the time doubled as a translator for the rest of the group. He spends practically all of his time in education, doing extra tuition and extra-curricular activities so has little time for his friends or relaxing these days. His collage is about the frustrations of home life, and the burdens he feels weighed down by, but also the love he has for his family. The detailed diary-like writing he poured out in one go. His mum, who works in the nearby TLM Hospital helped organise the final exhibition. 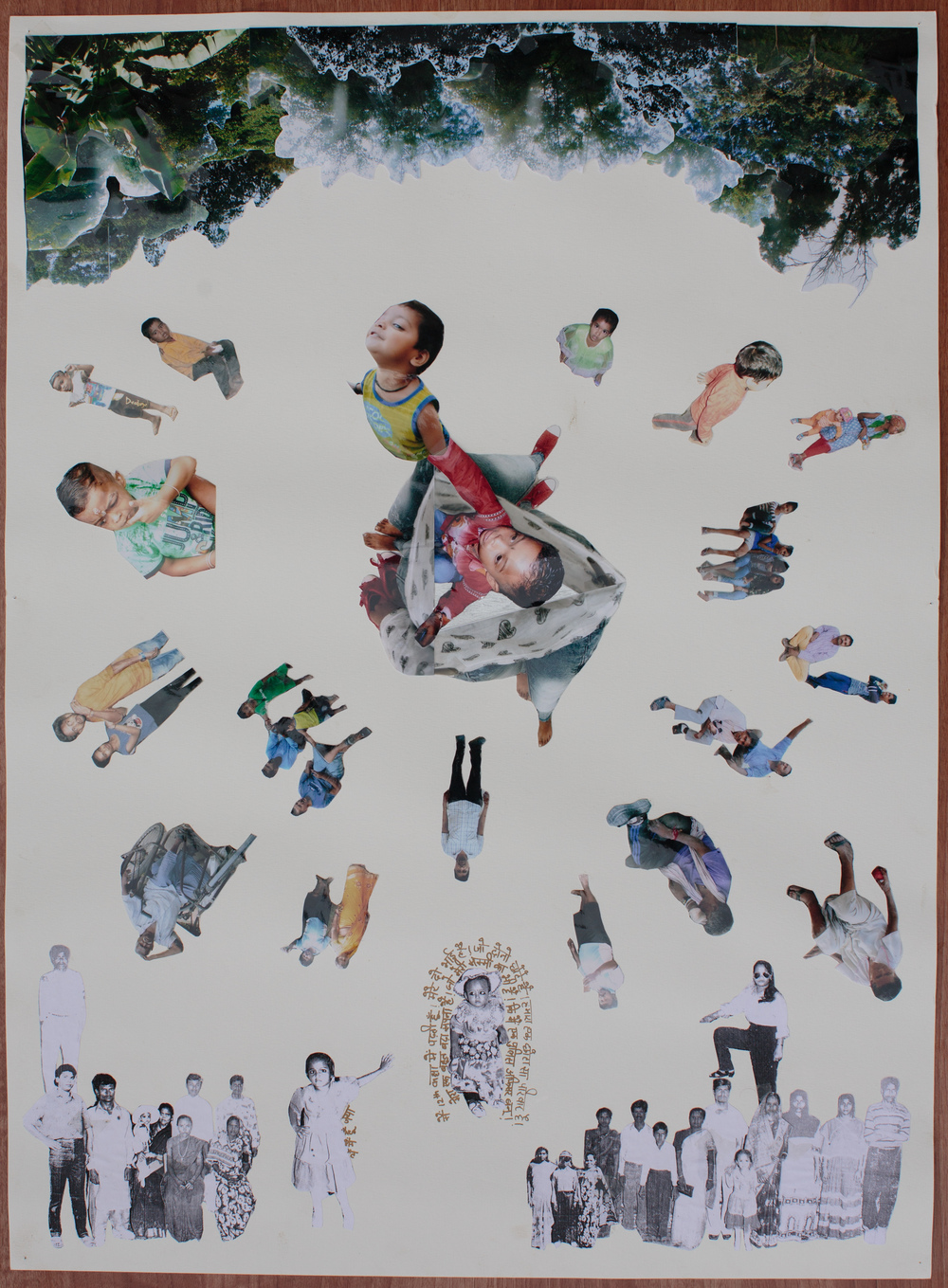 By Jaya, and Tom Bradley.

Jaya spent a lot of her time photographing friends out and about, as well as some of the familiar faces in the colony. Digging up old family photographs, we xeroxed them, and played with the idea of past and future. Jaya said from the outset she loved the greenery and trees, and how it took her to a different place. She wants to be a police officer after she's finished her education. 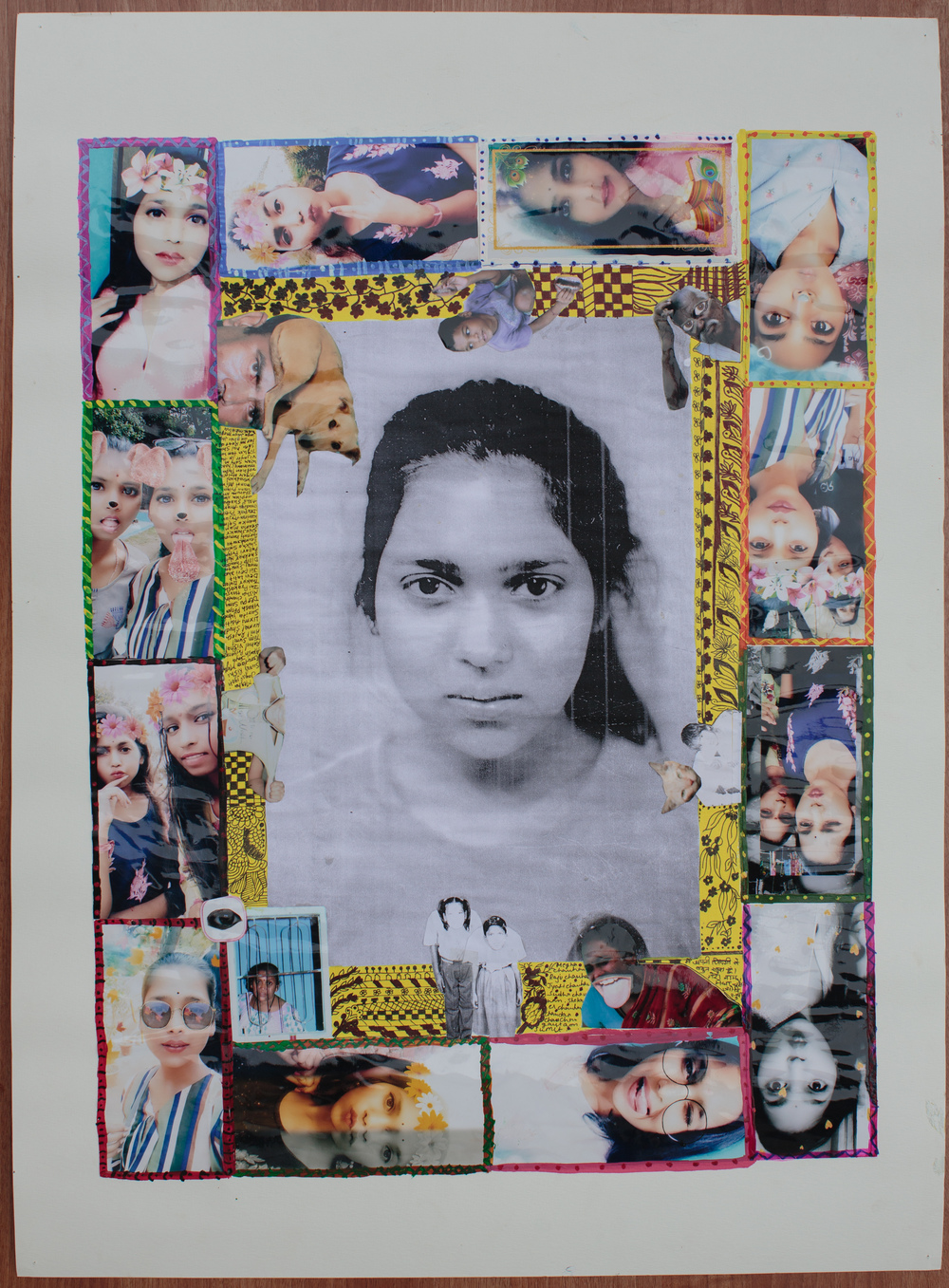 By Megha, and Tom Bradley.

Megha is part of the youth parliament in the colony which has been set up so the youth can address issues that affect individuals and community alike. Like many teenagers, Megha loves phone filters and the (often absurd) transformations to ones self they depict. She played with these - part of her normal life, and by cutting and pasting, we made absurd depictions of her family and friends she was photographing too. 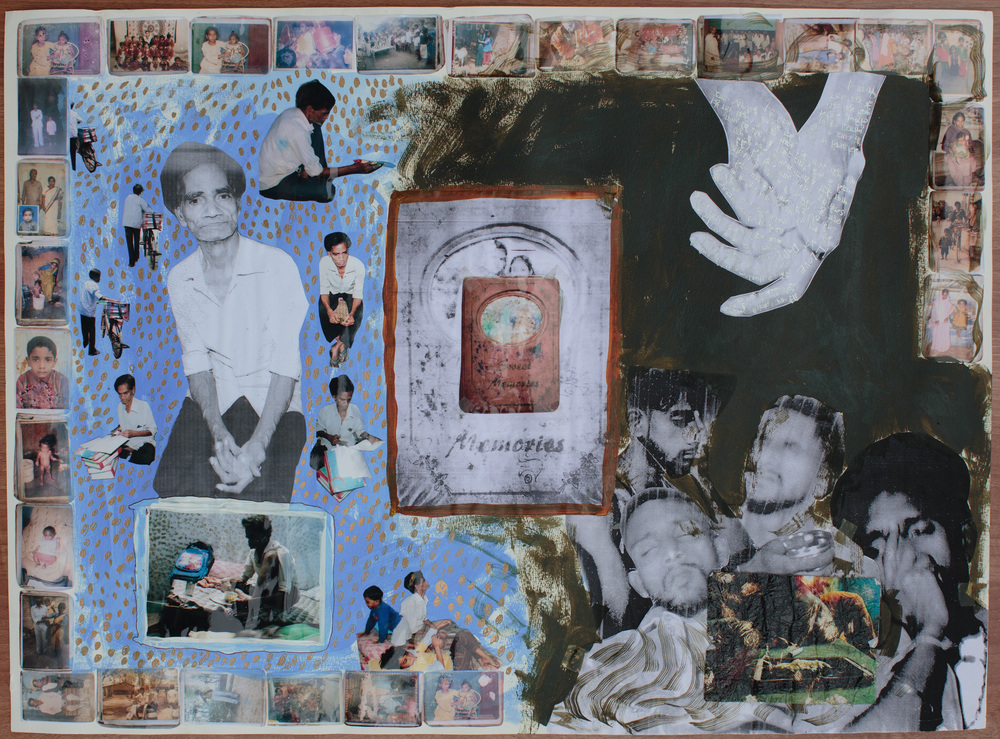 By Suraj, and Tom Bradley.

Suraj is part of the youth parliament in the colony which has been set up so the youth can address issues that affect individuals and community alike. He dreams of becoming an actor, but meanwhile is hoping he can be a social worker. He photographed his father, who's affected by leprosy, and reflected on where he comes from with the family album, as well as his fears for his future by acting out the fates that some of his friends have succumbed to; alcoholism, drugs and begging. There are no photographs of his mother, who's also affected as she leaves early and gets back late, working as a maid.

Delhi, India 2019
Taking old unwanted to digital cameras to Tahirpur leprosy colony in Delhi, I did two intensive workshops across two weeks, helping four young people who were born and brought up there to photograph their life and the life around them.

My idea was to collaborate with them to make a collage piece, so they could express some aspects of their life. All are children or grandchildren of those affected by leprosy. Though they have not themselves experienced the effects of leprosy on their body, they've all experienced the ramifications of having family effected, and having an association with the work 'leprosy'. The effect of leprosy reaches far beyond the individual.

The collages were exhibited on the Hindu temple in Tahirpur, with the help of the local community.

This wasn't a commission, but I couldn't have done it without the invaluable help of Arun Kumar, Santosh Rator, Phoebe Manova, and the four young people (aged 17-19) who took part.